Sofia is a pretty cool city – where else in Europe can you visit a capital city at the foot of a mountain, get a good meal for around €5 and drink Rakia that will blow your mind inside out?

Since there is an abundance of tourist guides for the central regions of Sofia, I have decided to share a couple of my favourite places from the periphery of the city which I explored over the year and a half that I was there that may perhaps lay at the back of a tourist guide or, perhaps, not be included at all.

Located fairly close to the Boyana film studios and sitting at the foot of Vitosha mountain, the Snail House is certainly a curious building to accidentally come across on a long walk. Literally resembling a snail crawling across the Simeonovo neighbourhood, this bright, eccentric block of flats is definitely worth checking out, if only for the chance to take some brightly-coloured photographs!

If you start your journey from the botanical garden area and head to the Simeonovo region, you might find yourself passing the aforementioned film studios. Although they are not often open to the public,  some of its scenery can be seen from outside. The mountain backdrop is pretty cool too.

Following the main roads southeast will take you to the Snail House (not so well signposted) in the Simeonovo district (better signposted). 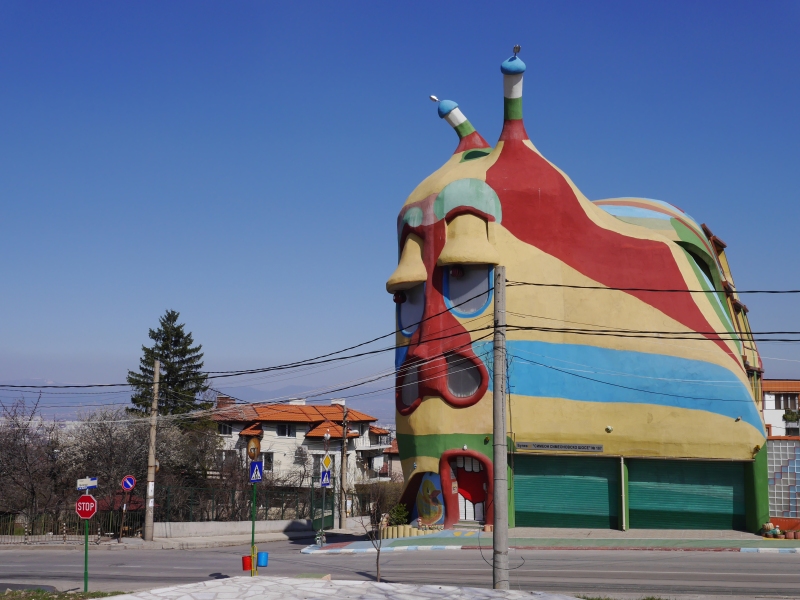 You might find yourself walking around it a couple of times to really appreciate what the building actually is (it really is just flats), but the snail’s anatomy is seamlessly integrated into the architecture of a regular flat complex. For instance, the front door is the snail’s mouth and the windows are all a part of his shell.

There are also some lesser-visited buildings in this neighbourhood. The pretty chapel of St. Archangel Michael is a little way further up Simeonovsko Schosse and looks rather nice on a sunny day.

2) Walk a lap of Lake Pancharevo

Pancharevo is the closest lake to Sofia and is a favourite for both locals and foreigners alike on a sunny day. Due to both its natural surroundings and the warm swimming pools that are open right next to the water, it’s always worth a visit on a beautiful day.

Due to its size, it is quite easy to walk around the lake in one go. Getting off at the very first bus stop upon seeing Lake Pancharevo on the northwest ‘corner’ of the lake, it can be circumnavigated either clockwise or anticlockwise. 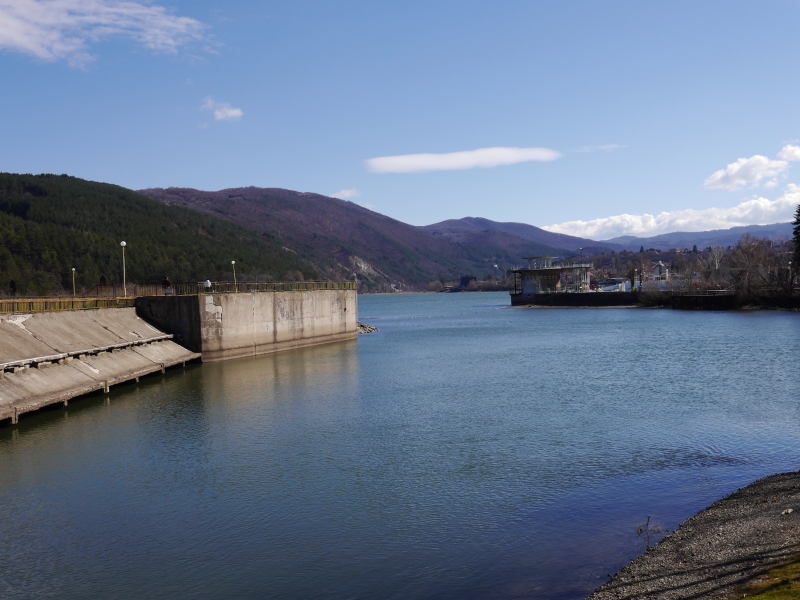 The ‘other’ side of the lake is less busy as there are very few cars and it is more geared towards walkers. 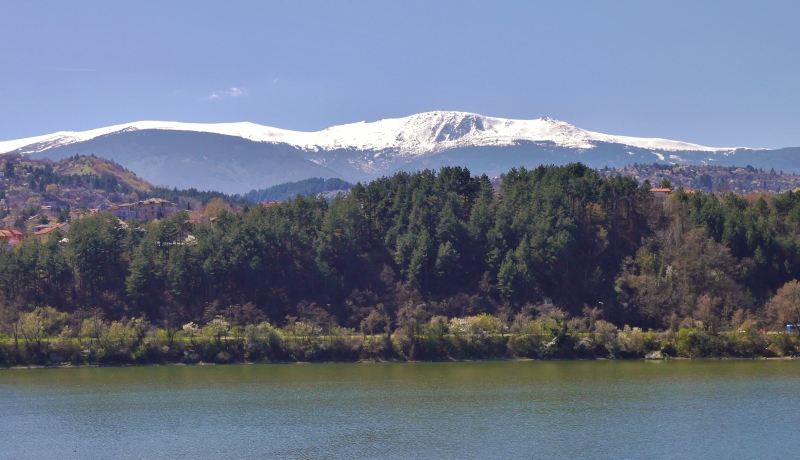 This one may be a seasonal occasion (the same could be said for seeing the turtles who reside in the first lake), but I had certainly not heard such a cacophony of strange croaks / squeaks as when I visited these two locations both in and around Sofia.

The first ‘weird frog lake’ can be found in Park Druzhba, which is very easy to visit by taking the metro to “Iskarsko Shose”. 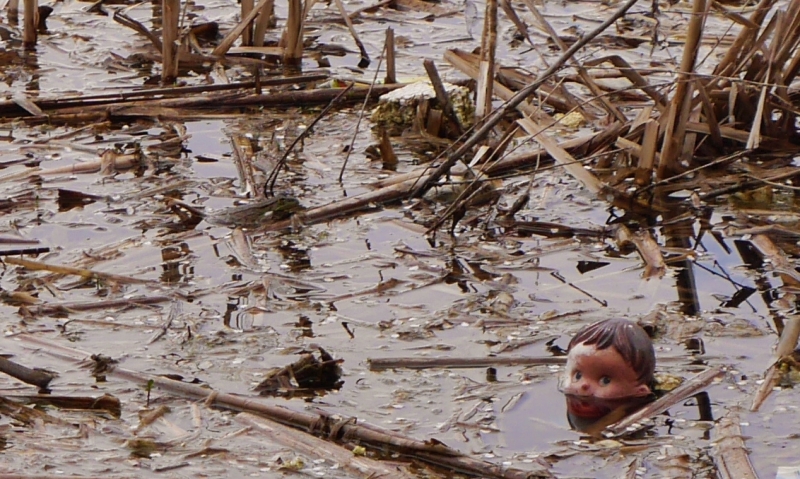 It may not be to everybody’s taste, but there are some cool places to photograph around here, including a small temple and some imposing blocks of flats. The bobbing doll’s head may have disappeared by now, however. 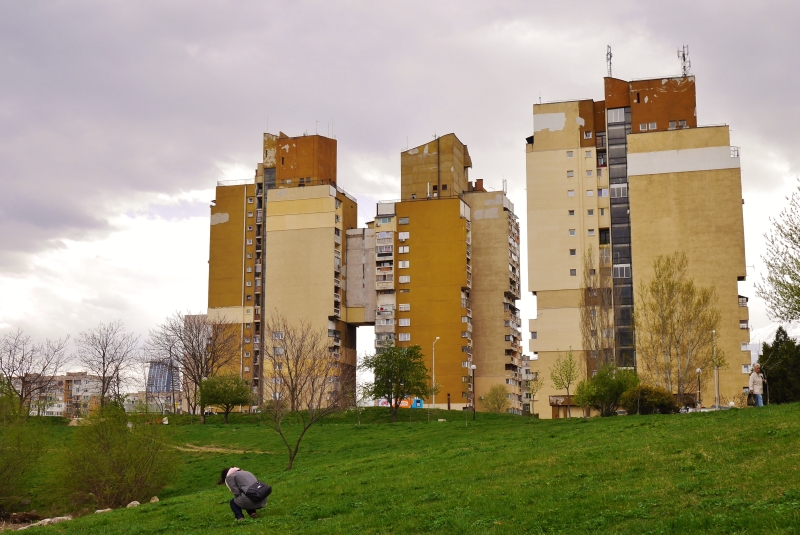 The second ‘weird frog lake’ (as I like to put it) is probably more popular with tourists and can be found up Vitosha mountain. Boyana lake is actually very pretty and is quite easy to walk up to from anywhere in the Boyana district. 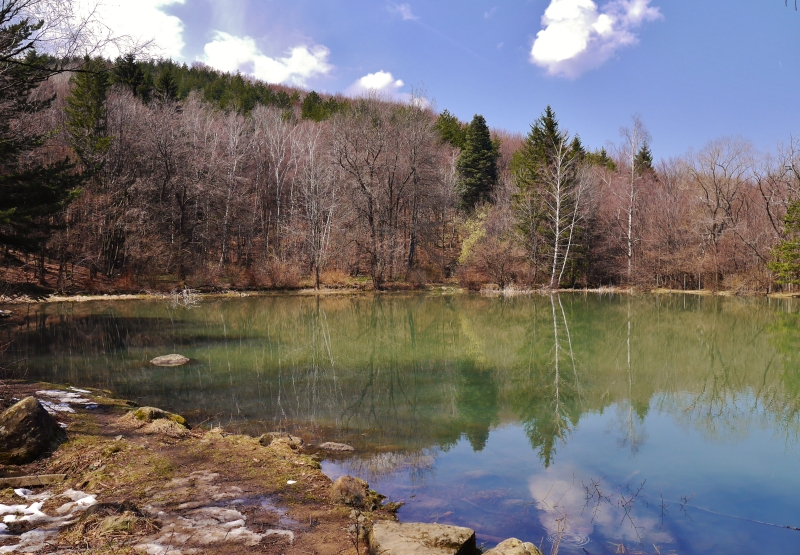 If the frogs are not performing, you will still be treated to some pretty good views over Sofia (which can be said for most places anywhere up Vitosha). 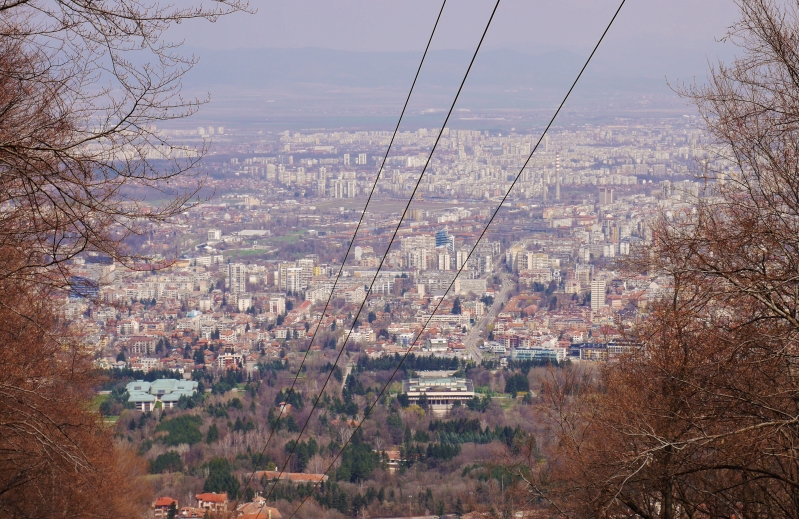 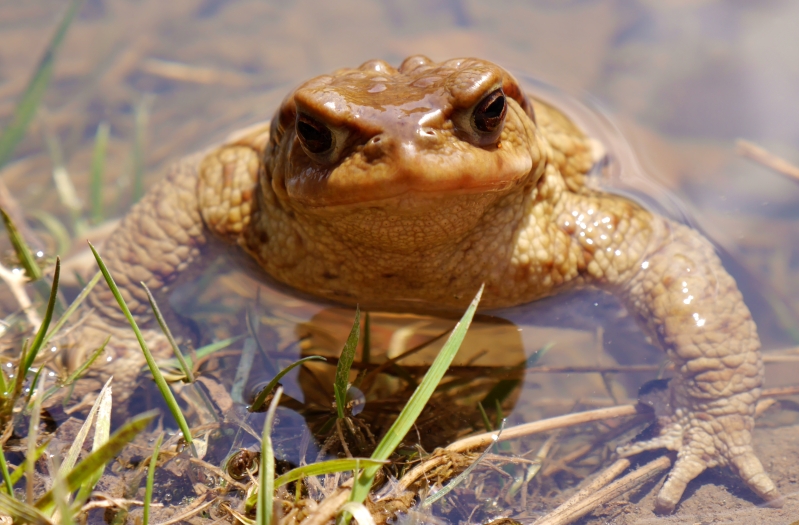 Boyana waterfall is also not too far from here, and it is worth including as a part of a longer walk.

I may be a little biased towards this neighbourhood, having lived and worked nearby for the majority of my time in Bulgaria.

As well as its selection of great cafes, sandwich shops and restaurants, there are some hidden treats in Oborishte too.

Oborishte is also a good place to start in order to hunt down some of Sofia’s amazing building art. Head north towards (and under) the Chavdar Bridge and get lost in this area – you are sure to find some impressive murals. 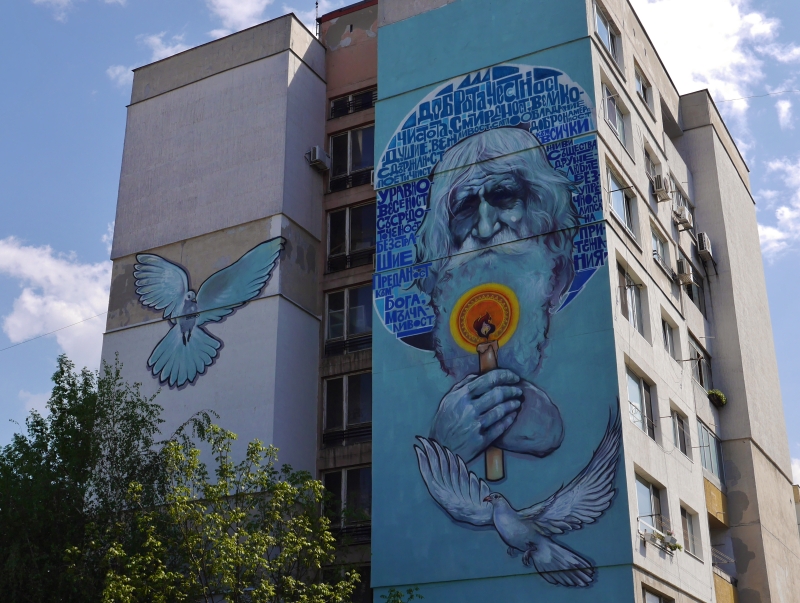 5) Walk up the mountain!

I mean, just walk up the thing!

It can be done in a number of ways, although I would recommend a couple of adjustments to the route (and time of year) I took on one particular occasion.

I knew that I wanted to go for a nice, long walk on one winter’s day, and although snow could be seen further up the mountain from the ground, it was actually quite mild in Sofia.

My chosen destination was Aleko hut, which is ideal since there is a cable car station there for the journey back down. Before heading up, I decided to explore some of the outer districts of Sofia, which can be absolutely fascinating. 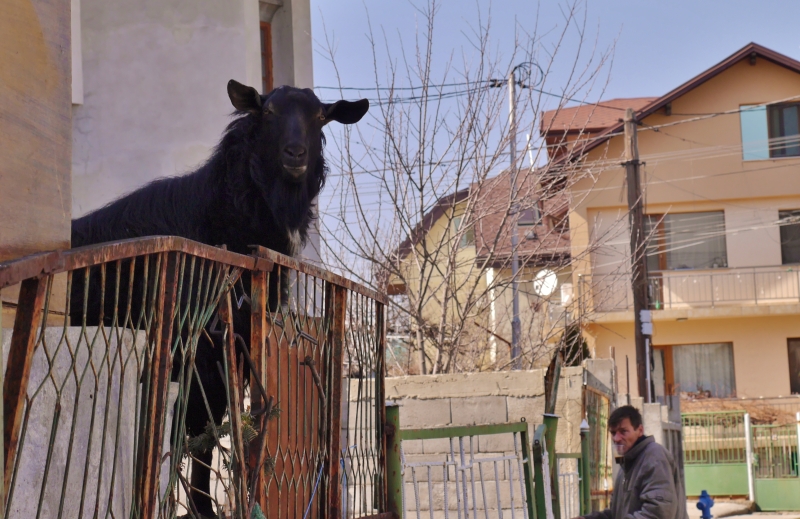 Character doesn’t really begin to describe some of the things you see – horses and carts used on a daily basis, pet goats leaning out of houses – it’s brilliant.

With no particular route in mind, I decided to start around the Boyana / Kinotsentara districts and find the first path pointing to Aleko. Although mostly roads and paths, I only wanted to head upwards and followed anything resembling a path, however faded it was.

The amount of snow on the ground amounted to dust and was not much of a challenge. However, it soon became clear that there were far greater quantities of snow ahead. Excellent for photographs, not so great for tiring legs. 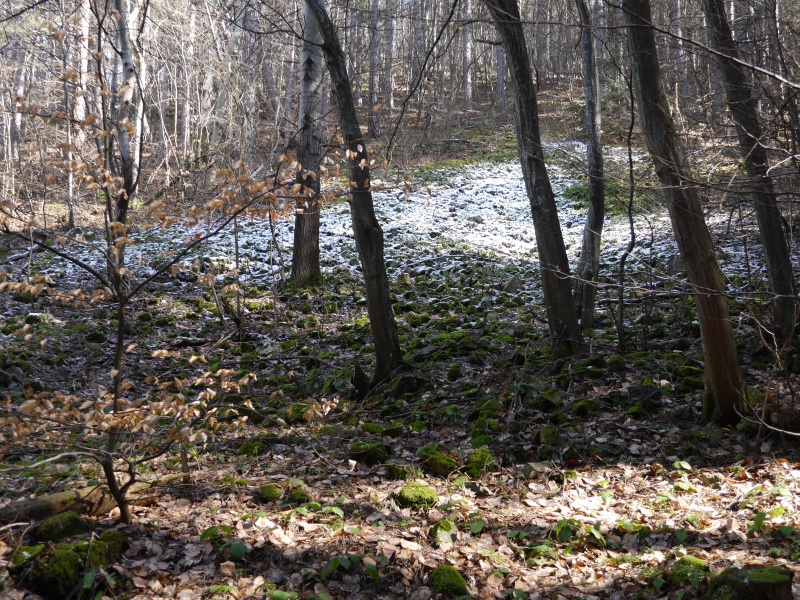 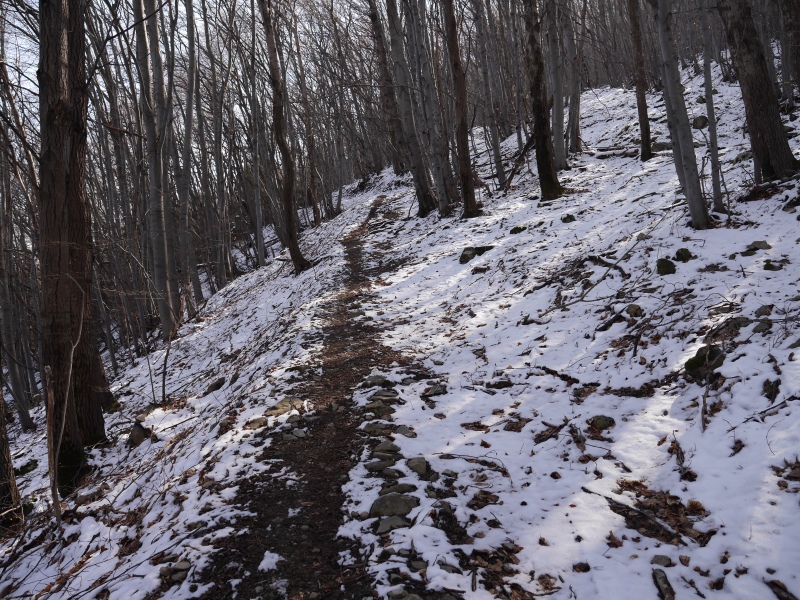 I knew I was loosely following one of the old cable car routes up (closed, I assumed) and was still treated to the occasional clearer path whenever I joined a more popular walking route. 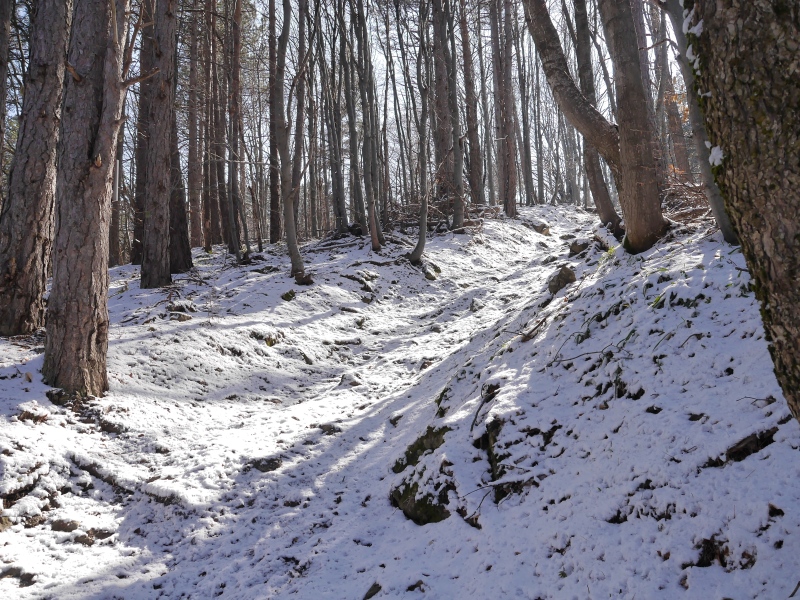 As I walked further and further, the route became much tougher but all the more magical. I wanted to continue and did, although there was probably a good reason why I didn’t see any other people on the entire walk up.

Eventually, I knew I must be somewhere close to Aleko hut as there were clearings looking far out over Sofia. I was certain there was not much further to go. 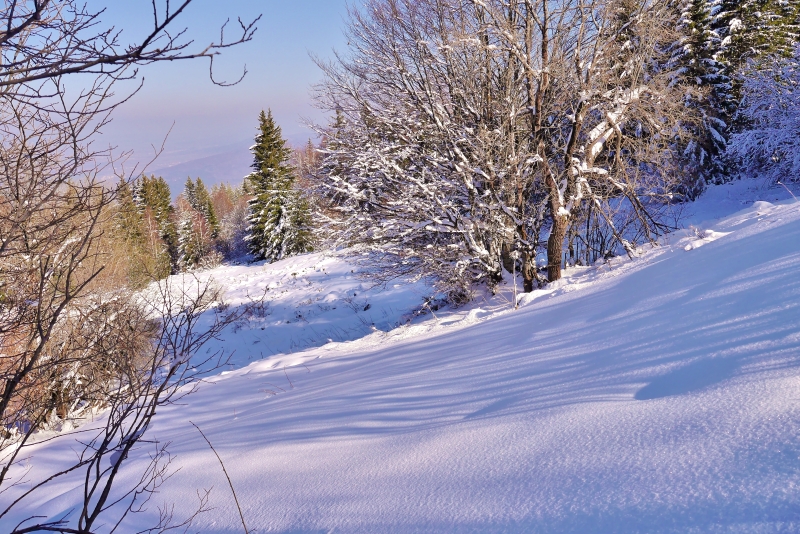 It was beautiful, the snow was blindingly bright and I was completely alone. 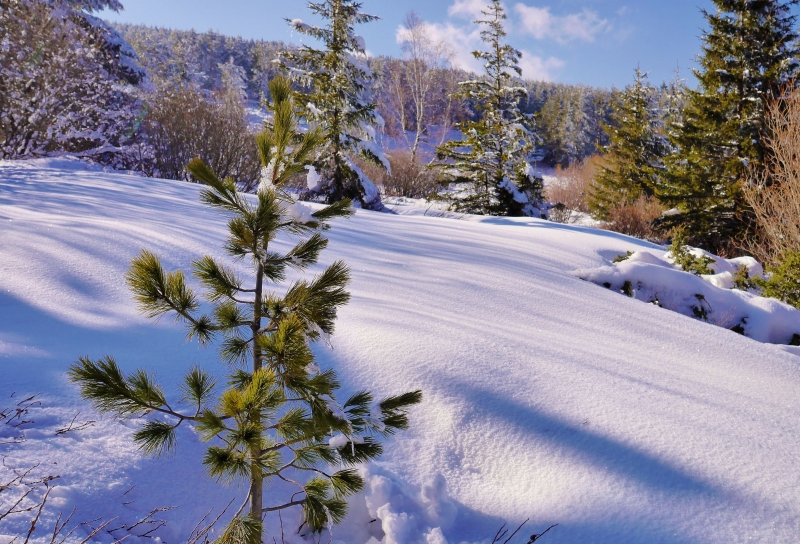 Just stunning. My legs were screaming however, having trodden through a lot of deep snow. I soon found myself back on a bigger road and knew my walk was almost complete. I saw my first passers-by about ten minutes before the end of the walk. Little did I know that the last cable car was significantly earlier than I had thought it would be, and I actually needed to rush to get the last one down! 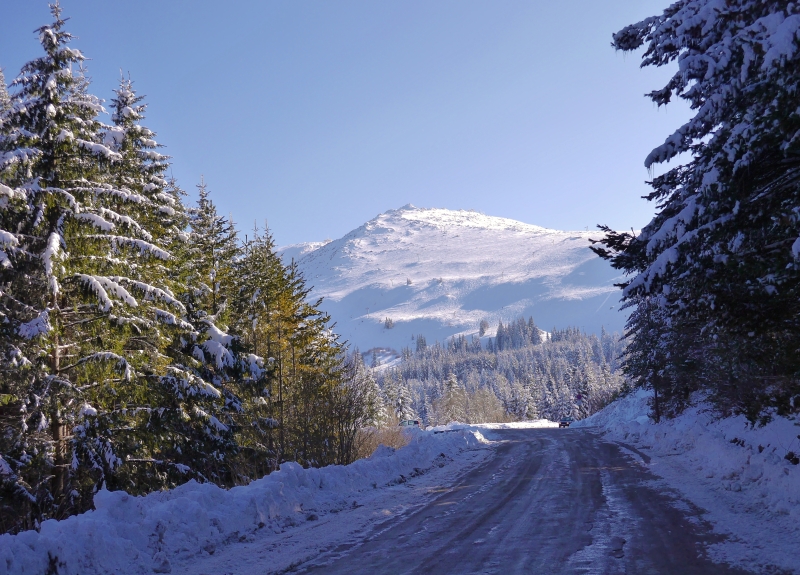 Finally, my stunning (and, hopefully, quite unique) walk was coming to a close and I could see Aleko hut. With just minutes to spare, I boarded the cable car and felt hugely relieved to sit down and give my leg muscles a break. 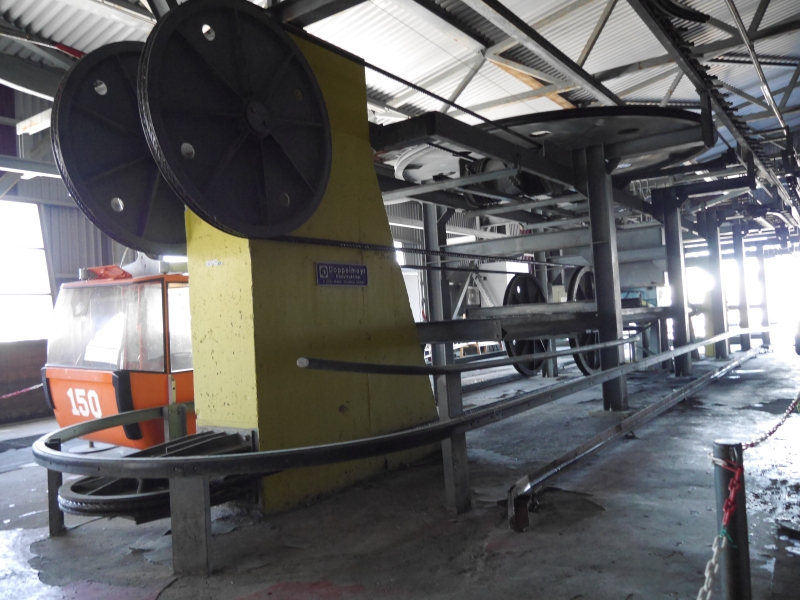 I seem to remember talking to some young Bulgarian skiers on the way down, who were understandably a little confused as to why I looked so exhausted. Too tired to explain fully in my somewhat limited Bulgarian, I indicated that I had just been on a long walk and enjoyed the views as the snow grew thinner and thinner. 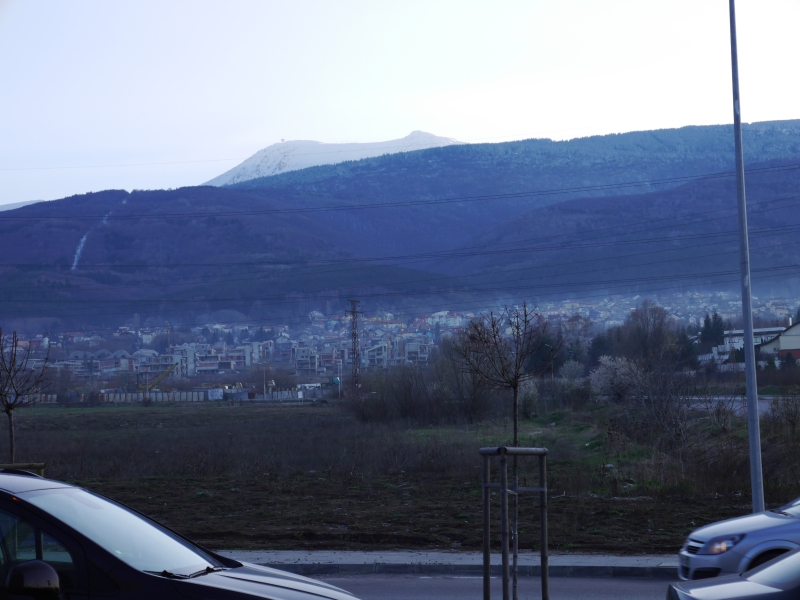